An international team of satellite experts including researchers at British Antarctic Survey has produced the most accurate assessment of ice losses from Antarctica and Greenland to date, ending 20 years of uncertainty.

In a landmark study, published on 30 November in the journal Science, the researchers show that melting of the Antarctic and Greenland ice sheets has contributed 11.1 millimetres to global sea levels since 1992. This amounts to one fifth of all sea-level rise over the survey period (1992 – present day).

About two thirds of the ice loss was from Greenland, and the remainder was from Antarctica.

Although the ice sheet losses fall within the range reported by the Intergovernmental Panel on Climate Change (IPCC) in 2007, the spread of the IPCC estimate was so broad that it was not clear whether Antarctica was growing or shrinking. The new estimates are a vast improvement (more than twice as accurate) thanks to the inclusion of more satellite data, and confirm that both Antarctica and Greenland are losing ice.

The Ice Sheet Mass Balance Inter-comparison Exercise (IMBIE) is a collaboration between 47 researchers from 26 laboratories, and was supported by the European Space Agency (ESA) and the National Aeronautics and Space Administration (NASA).

The study combines observations from 10 different satellite missions to develop the first consistent measurement of polar ice sheet changes. The researchers were able to understand the apparent differences between dozens of earlier ice sheet studies through careful use of matching time periods and survey areas, and by combining measurements collected by different types of satellites.

“Different satellite measurements have different strengths and weaknesses. By bringing them together we now have a much better idea of what’s been happening to the Greenland and Antarctic ice sheets. Over just the last 20 years, they’ve lost enough ice to push up the sea level by a centimetre all around the world. What’s really useful about these results is that they also show us why. Snowy years in Antarctica and warm summers in Greenland have had a big, but variable effect on the size of the ice sheets. Underlying this, though, many glaciers have accelerated and have steadily drained ice into the sea.”

Professor Andrew Shepherd at the University of Leeds coordinated the study. He said:

“The success of this venture is due to the cooperation of the international scientific community, and due to the provision of precise satellite sensors by our space agencies. Without these efforts, we would not be in a position to tell people with confidence how the Earth’s ice sheets have changed, and to end the uncertainty that has existed for many years.”

The study also found differences in the pace of change at each pole.

“The rate of ice loss from Greenland has increased almost five-fold since the mid-1990s. In contrast, while the regional changes in Antarctic ice over time are sometimes quite striking, the overall balance has remained fairly constant — at least within the certainty of the satellite measurements we have to hand.”

Ice sheet
the huge mass of ice, up to 4 km thick that covers bedrock in Antarctica or Greenland. It flows from the centre of the continent towards the coast where it feeds ice shelves.
Glacier
a ‘river of ice’ fed by the accumulation of snow. Glaciers drain ice from mountains to lower levels, where the ice either melts, breaks away into the sea as icebergs, or feeds into an ice shelf.

IMBIE was created by ESA and NASA. The study was also supported by a Phillip Leverhulme Prize awarded to Professor Andy Shepherd, the EU FP7 ice2sea program, the Lamont Doherty Earth Observatory, the Netherlands Organization for Scientific Research, the Netherlands Polar Program, the UK Natural Environment Research Council, and the US National Science Foundation. 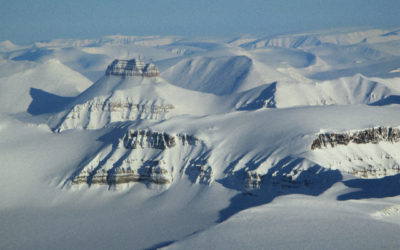