POLAR AESTHETICS: ART OF THE ARCTIC AND ANTARCTIC

Wayne has visited BAS a number of times to develop his art and ideas with glaciologist Dr Robert Mulvaney and Linda Capper (Head of BAS Communications).  He is working with Pete Bucktrout (BAS Creative Services Manager) to film and record audio for his artwork.

POLAR AESTHETICS: ART OF THE ARCTIC AND ANTARCTIC

Propelled by the urgency of addressing climate crisis, the research identifies ice-core laboratories as important historical sites. It posits that an understanding of the narratives embedded in these sites can enable the production of contemporary artworks, and that an material engagement with these works will lead to a better understanding of our past and present interactions with the world we live in. I explore the rapid disappearance of ice sheets, glaciers and the changing glacial atmosphere, as experienced through my documentation of the British Antarctic Survey (BAS) ice-core laboratory. Recorded interviews and oral testimony by climate scientists will also be used as the basis for developing a sensory, narrative, and atmospheric approach to writing and making.

Dating back 800,000 years in geological time, the BAS ice-cores contain vital information from the past, including changes in both temperature and concentration of atmospheric gases. (Bas.ac.uk, 2019). Ice cores are cylinders drilled from an ice sheet or glacier; the cores are used by scientists to measure and predict the direct correlation between the climatic atmosphere, global warming and rising sea levels. Ice cores contain small bubbles of compressed ancient air that make popping sounds when dissolved in water. I have been conducting audio and film recordings of these compressed air bubbles.

During this research, I will create three integrated bodies of work, Solid Series, Liquid Series and Vapour Series. These works are informed by my real and imagined experience of the Arctic in southern Iceland, and Rothero in northern Antarctica. Alongside these, I examine how ideas of glacial water, as experienced through contemporary artworks, contribute to our understanding of time, place and cultural memory. These ideas are further refined through my central case study, Roni Horn’s Library of Water (2017). The research examines notions of climate crisis through the work of critical theorists including Esther Leslie (liquid crystals) Timothy Morton (hyperobjects) and Jane Bennett’s idea of ‘vibrancy of matter’, or the ‘political ecology of things’. (Bennett, 2010) Bennett’s notion of the human and non-human has alerted me to the magnitude of the work conducted by the climate scientists at the British Antarctic Survey. Bennett’s idea of passive, inert or active forces, amplifies the magnetic stories and unnamed polar history they are yet to tell. The active participation of visitors during my exhibitions to date suggest that such histories are not vanishing points, but co-ordinates marking points where parallel lines emerge and converge.

Polar Aesthetics identifies the British Antarctic Survey ice-core laboratory as a repository of scientific and cultural data, that reflects mankind’s engagement with, and intervention in, the polar regions. As a nexus of historical information, it facilitates the production of contemporary artworks at a time of accelerating climate crisis. My research makes an original contribution to knowledges of the laboratory and argues that a material experience of these artworks enables and encourage a deep consideration the fragile glacial past, present and future.

The first stage of the project is anchored by my own audio field recordings at the British Antarctic Survey ice-core archive in Cambridge. Exploring cymatic methods for visualising the vibration of sound, a second stage of the research involves vibrating frit coated glass sheets with audio field recordings from the archive and firing them. Metal sheets coated with volcanic ash are also vibrated with sound. The resultant cymatic patterns are furnace cast with hot glass before cooling then cut, polished and sculpted by hand into solid forms and surfaces.

Within this context, I aim to capture the fleeting disappearance of the glacial atmosphere in glass as a material sonic trace. Moving from the fluid and the solid; the material and the immaterial; hot and cold, the project follows paths opened by artists including Roni Horn, Wolfgang Laib and Tokujin Yoshioka.

In the third and final stage of the research, the glass objects and audio field recordings will be used as the basis for exhibited sound and glass installations. Drawing the visitor into Antarctica’s hidden and ancient past, the installations seek to provoke thinking about the glacial future.

Wayne Binite is funded through the TECHNE Doctoral Training Partnership which brings together seven universities (Royal Holloway, Brighton, Kingston, Surrey, Royal College of Arts, University of the Arts London and Roehampton) to provide AHRC studentships and comprehensive training for postgraduate researchers. TECHNE is concerned with the craft of research and draws together the best of traditional scholarship, history, theory and practice across the broad spectrum of the arts and humanities. 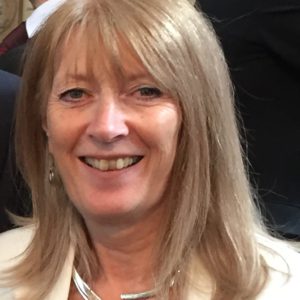 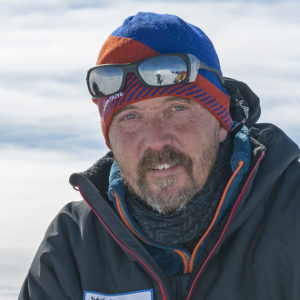 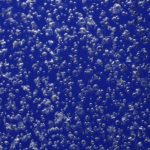 A new climate change artwork – Ice Floor, a new Phase 2 by Wayne Binitie, opens this week at Arup’s Fitzroy Street offices in London. The work was developed in … 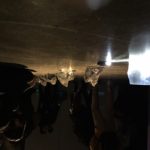 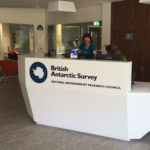 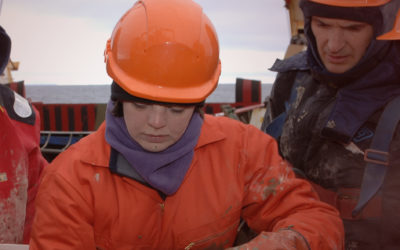