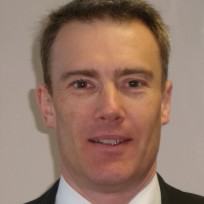 Henry is the Head of the NERC Arctic Office, hosted by the British Antarctic Survey in Cambridge. The Office operates the UK’s Arctic Station in Ny-Alesund (Svalbard, Norway); supports UK Arctic research activity; provide advice to policy makers; and develop international scientific cooperation across all aspects of Arctic research.

Before he joined the Arctic Office in February 2016, Henry was the Deputy Head of the Polar Regions Department in the Foreign and Commonwealth Office, with particular responsibility for representing the UK in the discussions of the Committee for Environmental Protection in the Antarctic Treaty System, of which the UK was a founder member.

Prior to that, Henry worked in a range of Government Departments, including the Department for Culture, Media and Sport; the Office of the Deputy Prime Minister and the Cabinet Office.