This project aims to exploit the peculiar way in which ice flows to provide new constraints on the retreat of the grounding line – the line that separates grounded ice from floating ice in marine ice sheets – over the last few thousand years through the area currently occupied by the Ronne Ice Shelf in West Antarctica (Figure 1). This region currently drains 22% of the Antarctic ice sheet and has undergone large-scale sustained retreat since the Last Glacial Maximum. It is important to constrain and understand this deglaciation if we are to predict the future of the ongoing retreat in other parts of the West Antarctic Ice Sheet and its future contribution to sea level rise.

We are using a novel method to date grounding-line retreat that utilises glaciological measurements of the time of the last disturbance of ice rises – regions of slow-moving grounded ice, adjacent to fast-moving floating ice – as the grounding line retreated past them. During two field seasons (Figure 1) we used a unique BAS ice-penetrating radar to measure the internal deformation of these ice rises in unprecedented detail. We are now combining these data with radar observations of structures that form within the ice rises due to the peculiar way in which ice deforms in these locations. This will allow us to constrain when these features formed and when the grounding line retreated past them.

These data will be integrated with recently obtained geological and glaciological data to constrain new models that will explore the mechanisms, style and timing of grounding line retreat in the SW Ronne Ice-shelf area. Data collected as part of this project will also be used to obtain a better understand how ice flows in general using state-of-the-art inverse techniques to measure important but poorly-constrained flow properties of ice. 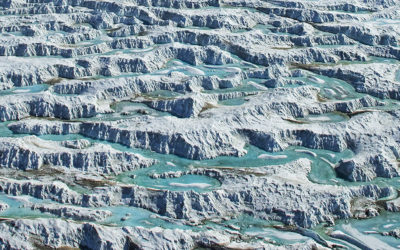 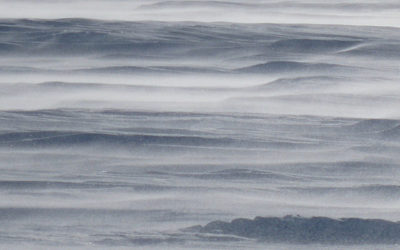