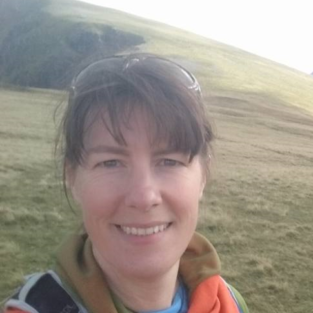 Currently involved in a variety of projects which are observing Polar Ocean dynamics, utilizing autonomous profiling platforms along with ship borne measurements and moorings. Full data timescales from acquisition to processing and analysis.

Developing techniques to aid the design and operation of Tidal Energy Convertors by characterisation of key aspects of turbulence, i.e. the scales, structure/coherency and stress, which are most likely to compromise the structural integrity of the tidal energy infrastructure.

The study of under ice turbulence and its role in diapycnal mixing modulating the heat budget of the Arctic Ocean. https://eos.org/project-updates/arctic-research-on-thin-ice-consequences-of-arctic-sea-ice-loss.

Observational oceanographer within OSMOSIS (Ocean Surface Mixing, Ocean Sub-mesoscale Interaction Study), focusing on the role of Langmuir circulation and inertial shear spikes in driving mixing within and below the surface mixed layer of the ocean.

I was project lead to design and develop a Repackaged Degree. Within this programme I developed problem based learning (PBL) modules unified with industrial seminars, with labs linked to lectures integrating social media and Web 2.0 technologies.

Working in the corporate sector my role was to develop a stand-off rugidised Laser Induced Breakdown Spectroscopy (LIBS) system with a range capability in excess of 100m for remote, non-contact material detection/characterisation of chemical, biological, radiological, nuclear and explosive materials for security and protection, as part of a project for Applied Photonics Limited and the U.S. Army Research Laboratory.

Previous to this I was reading for my PhD. For this work I developed a LIBS system for the analysis of geological samples in simulated extra-terrestrial environments. The analysis covered pressures of 160×103 Pa to 0.4×10-3 Pa and ambient gaseous mixtures of air, nitrogen and methane. Particular attention was paid to temporal and power considerations under such regimes.

I refer you to my pages on Linked-in and Research Gate –
https://www.linkedin.com/in/natashalucas/
https://www.researchgate.net/profile/Natasha-Lucas

All publications can be found through my ORCID id:

I am currently participating in three projects:

ORCHESTRA (Ocean Regulation of Climate through Heat and Carbon Sequestration and Transports).
This large NERC cross-centre project is studying heat and carbon fluxes in the Southern Ocean. It combines sustained observations in the Orkney Passage, along the A23 section and across sections in the Drake Passage and the South Atlantic. My involvement is with the analysis of observational data collected around underwater seamounts, with a focus on Discovery Bank observing possible Taylor Column dynamics with CTD, ADCP, VMP and Glider data processing and analysis.

Iceberg A-68 calved from Larsen C Ice Shelf in July 2017. The iceberg remained in the sea ice of the western Weddell Sea for several years, but entered open water in early 2020, and moved rapidly toward South Georgia. Interest lies in the impact the iceberg will have on the physical environment and ecosystem of the region with freshwater fluxes affecting the surrounding water column via upwelling and downwelling at the iceberg edges under the prevailing winds. We have deployed two Slocum gliders to obtain observations and follow the movement, melting, and breakup, of the iceberg/s for around 3-4 months.

SO-CHIC (Southern Ocean Carbon and Heat Impact on Climate).
The overall objective of SO-CHIC is to understand and quantify variability of heat and carbon budgets in the Southern Ocean through an investigation of the key processes controlling exchanges between the atmosphere, ocean and sea ice using a combination of observational and modelling approaches, with the aim to unlock these key processes which represent the main limitation of the current generation of climate models. The project involves 16 partners across 10 countries over 4 years. I will be drawing understanding of ocean mixed-layer dynamics in the Weddell Sea using a variety of observational platforms, not least of which is a Slocum/Teledyne Turbulence glider.