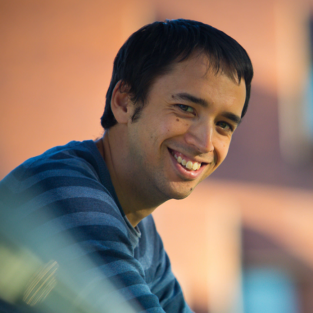 Christopher Bull is a physical oceanographer studying Antarctic ocean ice-shelf interactions, specifically, using numerical models as a tool to improve our understanding of observed or modeled phenomena. During a post-doc at BAS working on the FISS project, Christopher become involved in the UKESM and JMMP projects running ocean ice-shelf models of varying complexity from simple idealised models right through to complex global simulations. Christopher also had the memorable experience of joining several BAS researchers aboard the RRS James Clark Ross to Marion Cove, Borgen Bay and Sheldon Glacier on the UK-Chile ICEBERGS cruise.

Chris is currently working with Prof Adrian Jenkins in the European Horizon 2020 research project TiPACC at Northumbria University. The overall aim of TiPACCs is to assess the likelihood of large and abrupt near-future changes in the contribution of the Antarctic Ice Sheet to global sea level, caused by tipping points in the Antarctic continental shelf seas and the Antarctic Ice Sheet. We are interested in improving our understanding of the dynamics associated with an ‘Ocean Tipping Point’ or the possibility of the Antarctic continental shelf seas changing from cold to warm states.

Chris’ PhD at UNSW (Australia) focused on how Australia’s boundary currents are connected, under what mechanisms/timescales they vary and how their circulation could be explained in the future.